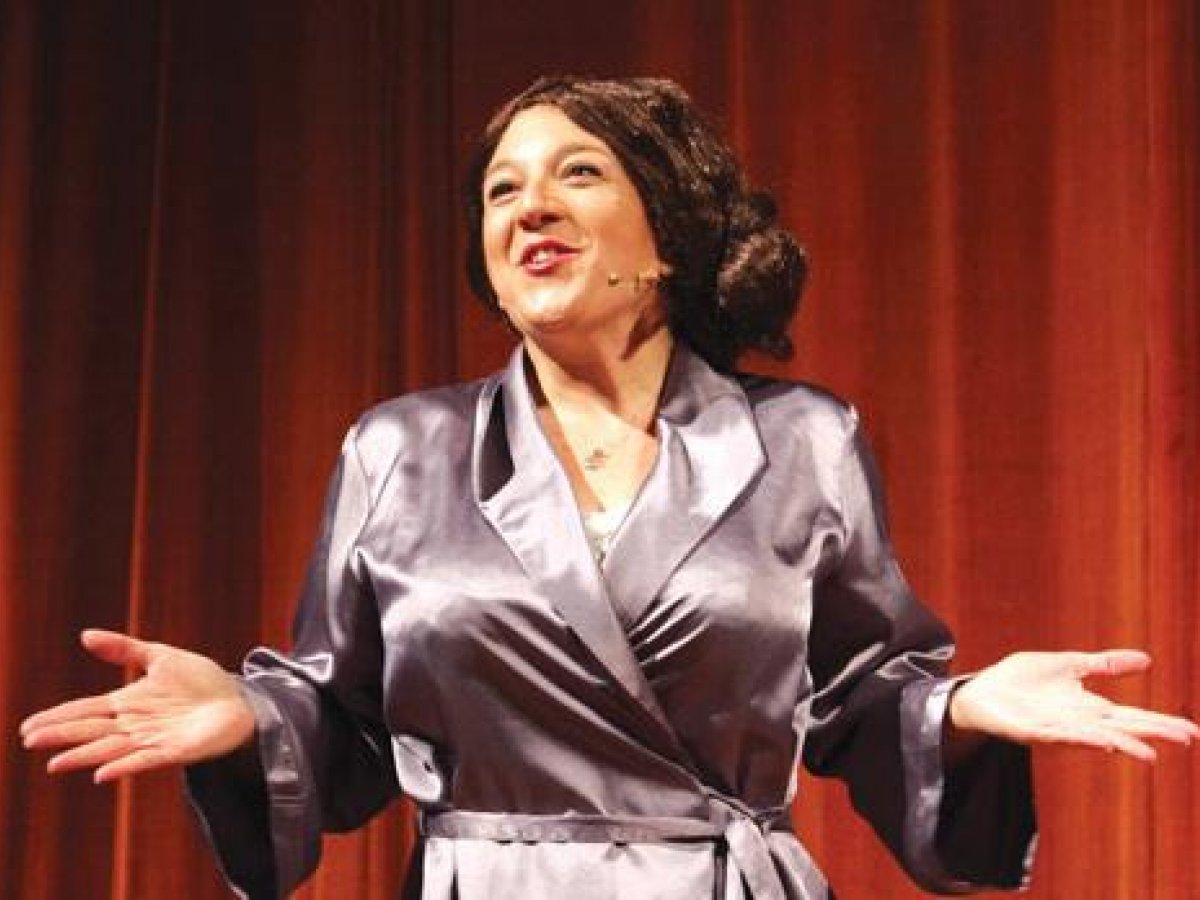 When it comes to writing sketches satirising Maltese life and current events, the Comedy Knights have got it right once more in their second edition of their year’s review at the Salesian Theatre, Sliema.

Aptly titled 12 Months of Funny!, the show was decidedly more strongly structured than their first tentative foray and had tighter ­– possibly even more daring – writing. This thanks to a team directed by Wesley Ellul, who can navigate humour expertly, and the creative themselves – Chris Dingli, Steve Hili, Chiara Hyzler and Joseph Zammit, whose scripting was polished and clever while making no excuses for its occasional ridiculousness.

The show started with an ensemble piece entitled Hello, in which various characters with some local significance introduced themselves to the audience in song, while representing a stereotype or theme which would later be developed.

Music, especially song, featured quite prominently this year, with Do You Want to Build a Hotel? sung by Jo Caruana to the tune of the Frozen song Do You Want to Build a Snowman?, being particularly apt and sharp in its poking fun at cowboy builders, while Marc Cabourdin and Pia Zammit gave their version of the Eurovision song hopeful Coming Home, about two crazy Maltese shoppers in London complete with outsized Primark bags.

Political and administrative jibes were fast and furious with Dingli’s rendition of Living Next Door to Sheehan, allowing the audience to join in the famous and raucous refrain of British band Smokie’s hit asking who Sheehan is – really that policeman hasn’t got a chance.

With I Believe, Thomas Camilleri used his excellent voice to comment about partisan brainwashing and Zammit fell into wishful thinking as she tried Holding Out for a Hero as a party leader.

Brightly-coloured zentai suits and harmony tubes completed the ensemble’s musical efforts in An Orchestral Interlude Strikes Again, as Ninni La Tibkix Iżjed, Auld Lang Syne and Carol of the Bells were whacked out with subtle fun in silent mimicry.

The team certainly knew their audience well and pitched their sketches to an audience mostly made up of voting districts 9, 10 and 11, pandering to their political views while never letting them off the hook and cheekily poking fun at them at the same time.

In Dingland, Dingli gave a belated reply to the pervious edition’s politician’s speech and made clear references to what is not right with the state of Malta since last year’s propagandist address.

Dingli also featured as Gejtu – a Maltese envoy sent to the UN to speak to Ban Ki Moon (Camilleri) in which Dingli’s portrayal of Gejtu as an ignorant, rude yob was particularly funny, as was his spot on send- up of Norman Lowell in The Match – a World Cup commentary with Cabourdin acting as presenter.

Cabourdin’s drag act of a popular blogger was also a hit with the audience although I wasn’t as convinced by the over-the-top sketch Conversion of a Switcher, featuring Camilleri and Caruana as doctor and nurse to the rabid, possessed patient that a worried Dingli brought in. Cabourdin as the Switcher required an exorcism to bring him back to his political senses and in so doing, both parties were made fun of.

The Maltese press and its occasional ineffectuality did not go unscathed in Book Launch, which saw Caruana as the earnest author of the children’s picture book The Duck Who Lost His Pants, with Camilleri, Dingli, Zammit and Colin Fitz as Maltese journalists who all push her with inappropriate and often stupid questions to further their agenda.

Racism in Malta is sadly rampant and even the most well-intentioned can put their foot in it as could be seen in Black Christmas, where Zammit and Cabourdin played the pseudo-liberal parents of a young woman (Caruana) who brings home her black boyfriend (Camilleri).

Camilleri stood out in his role as the dazed and rather air-headed boyfriend of the tal-pepe couple in The In Place, where he played against an equally funny Caruana as his girlfriend, with Fitz as the barman of the ‘quaint’ bar in the middle of the south where they went for an authentic night out.

It was these segments which were particularly funny because the actors were sending up stereotypes quite deeply ingrained within the local understanding of social groups and attitudes by area.

The school gate conversation about children’s names between Caruana and Zammit as yummy mummies was matched only by their hilarious chat over coffee in Sliema Land, where their uncannily realistic manner of speaking was too funny for words and had everybody in fits.

The ladies were brilliant and the very best sketch was 50 Shades of Mich, in which Zammit played a very gracious first lady in love with her Joseph who came out with a great surprise on the night I happened to be watching. The second act saw an unscripted extra piece when Zammit showed off her skills in both persuasion and improvisation when she told the audience that she also fancied another Joseph – Joseph Calleja, who happened to be in the audience and was brought up on stage and convinced to serenade her. Our international tenor was a great sport and sang ’Na Buchella much to the audience’s delight.

12 Months of Funny! was a great way to end the year and may there be many more editions of it – so much so that it is also a great way to start the new year with an extra show being staged tomorrow due to popular demand. An excellent show indeed.